Twitter Novel About a Psychiatrist and a Drug Company 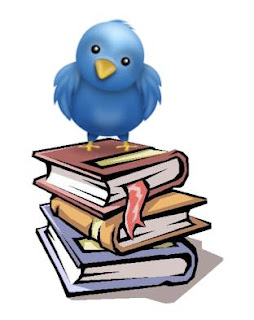 So this is something different. A novel... by a psychiatrist... released 140 characters at a time via Twitter (@goosenovel). If you try to read it via Twitter, you have to start at the beginning, so it is easier to catch up by going to his novel site, for the twitter-impaired. It is written by Doug Bremner MD at Emory, who has already written a book about drug safety.
I thought the idea of a twitter novel was interesting (and surely Dinah will have something to say about this).
Posted by Roy on Saturday, October 03, 2009

Post a photo of your new puppy! (he won't mind the confidentiality breech)

Finally Shrink Rap has found Bremner! Doug Bremner's blog website is another favorite website of mine (in addition to yours). Really the "twitter novel" is the least of his accomplishments. The "novel" is actually his own true life story and much of the story has come out in his blog if you go backwards in time reading his blog. It should be a movie.

Doug Bremner is smart and funny and a copious writer on a variety of medical and psychological topics. He wrote a book "Before You Take That Pill" which is the title of his blog. I highly recommend his blog:

I'm pretty sure trying to read this would make me consider doing not nice things to the nearest passerby. I'm also pretty sure that releasing a novel via Twitter defeats the whole concept of Twitter. Never mind being inefficient, apparently pointless, and not even possessing shock value to make it sort of worthwhile. Well, maybe it will get him 140x characters of press if that's what he's after. I can't even be bothered to spend another 30 seconds to find out what inspired this idea.

Hey thanks Sunny CA and sorry "lame", this book came out as the nonfiction "Goose That Laid the Golden Egg" (you can follow the link to "read novel" above for the first chapter) and my current #twitternovel is now a "real" novel about a cardiac surgeon who can fix other people's hearts but not his own -- > @heartnovel. Send me your book for a review, email, info at dougbremner.com