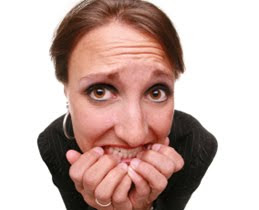 This is for Meg who has an eye for Shrinkrappable stuff, and who is being our test reader for Off the Couch.

You read it hear first-- from next Sunday's New York Times Magazine in the October 4th magazine, Robin Marantz Henig will write ( or so my crystal ball says...) in "Understanding the Anxious Mind" about the work of psychologist Jeremy Kagan:


They have also shown that while temperament persists, the behavior associated with it doesn’t always. Kagan often talks about the three ways to identify an emotion: the physiological brain state, the way an individual describes the feeling and the behavior the feeling leads to. Not every brain state sparks the same subjective experience; one person might describe a hyperaroused brain in a negative way, as feeling anxious or tense, while another might enjoy the sensation and instead uses a positive word like “alert.” Nor does every brain state spark the same behavior: some might repress the bad feelings and act normally; others might withdraw. But while the behavior and the subjective experience associated with an emotion like anxiety might be in a person’s conscious control, physiology usually is not. This is what Kagan calls “the long shadow of temperament.”
Posted by Dinah on Thursday, October 01, 2009

Email ThisBlogThis!Share to TwitterShare to FacebookShare to Pinterest
Labels: anxiety

Appreciating what your crystal ball reveals. Will look for this article.