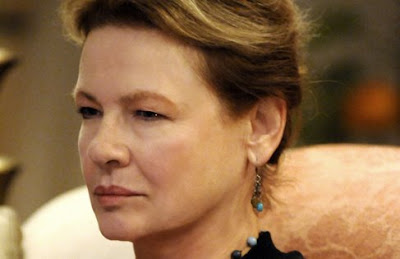 Poor little Oliver: his mom wants to move to upstate NY to take a teaching position. She wants to leave him with his dad. Dad says they'll kill each other, so okay, mom will take Oliver. Paul thinks this is a bad idea. Everyone is mad and Oliver doesn't want to move with his mom. He runs off and all three adults chase him to a playground. Oliver asks Paul if he can come live with him. This is pretty sad. Paul feels badly saying no, Oliver really has no one who really wants him. He leaves Paul feeling sad and rejected, and saying he'll never see him again.

Paul can't take Oliver, it's just a big therapeutic boundary violation to let your patients come live with you. Paul feels the boy's anguish-- sadness about leaving his own children, perhaps, or angst about his own inadequate and abandoning parents. But he tells Oliver he will always be his friend; oh, we grown up shrinks don't talk to our patients this way and I don't see kids, so I don't know what to say here. Paul tries to spare Oliver's feelings, he tells him they have fun together, but his reasons why he can't keep him feel inadequate: you have your own parents who want you---hmmm, this isn't really true, they might be thrilled to give Oliver to Paul. Oh, it's just sad.
----------
Cashmere Walter is on a pass from the inpatient unit-- he hates it there. Nothing to do, everyone is beneath him, no one is as good as Paul. Paul sees through the flattery and he doesn't mince words: "Why are you sucking up to me?" He tells Walter to stop bullshitting him. They talk about the personas of Walter--the busy CEO who needs to be important, the small child who lost his brother and can no longer play, which one crumpled, will he try to kill himself again. Walter sobs. I'm not sure I got all this, it was a bit heavy on the hypothetical constructs and I wasn't so sure what exactly made Walter sob so. Maybe it was supposed to be Walter's breakthrough and catharsis.
-------------
Paul is angry and agitated and he rants at Gina. He's decided that therapy doesn't work, "Absolutely I want to make them happy, what do you want to do, F*** them up even more?"
Now Paul wants to be a Life Coach and tell his patients to go live in Napa Valley in the sunshine, get dogs, and bike (not bad suggestions, if you ask me). Paul screams at Gina, he calls Gina a coward and he's vaguely threatening. "Unlike you, I actually give a s*** about my patients!"
It's one hell of a therapy session. Okay, I'm ready to give Paul some medication here. If I were Gina, I'd ask him to leave. He asks Gina what she really thinks and she screams at him that he's acting like an a**hole and he has remarkably little insight, is self-absorbed, and she's furious. "You got me to play the role you cherish." I have to give it to Gina, she thinks quickly when on the spot-- I want her script writer. They walk, they pace, they curse, someone please tell these people to sit down. "Somehow you have to tolerate that we don't save people." They sit down finally, and talk about Walter's suicide attempt. Paul sounds dismal and Gina wonders if Paul is suicidal. Somehow they've gone from a place of rage to a place of poignant sadness, they both talk about their grief, their dark moments. Paul apologizes for not coming to Gina's husband's funeral, maybe he apologizes for a multitude of sins. Gina ends the session by doing what Paul wants her to do: she offers to have coffee with him, and she tells him exactly what to do next.
Posted by Dinah on Tuesday, May 19, 2009

I know it's television so I'll just say wow Gina has some excellent writers.

An important plot point was the part where Paul actually went ahead and wrote the letter Alex's dad asked for and asked Gina to "proof read" it for him. He planned to use the letter as his ticket out of being a therapist, but was obviously ambivalent about it, hence giving it to Gina. At the end of the episode, Gina said she would hold on to the letter for a week, to give Paul a chance to think about if that's what he really wants to do.