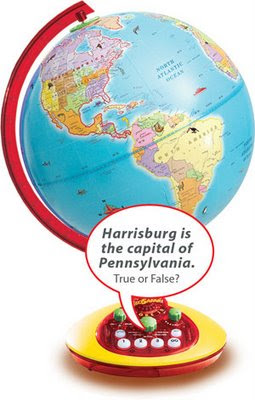 So Clink, I think, is climbing somewhere. Roy is working, a lot. I'm on vacation (mostly---if you have an appointment with me this week, keep it, I'll be there) and I don't have much to say about psychiatry at the moment. I've had a few thoughts to write about sliding fees, but it's the holidays and a recession, do we really want to talk about money? No. I've thought of writing about the limits of 'evidence-based medicine' in psychiatry. But it's the holidays.

Instead, I'll tell you about my trip to New England last week. I posted from the airport, so you know my plane was delayed-- there was a blizzard where we were landing and the airport closed. One of my kids was pleased that the delay gave her time to get Starbucks, the other remained plugged into an iPod and read a book. I blogged, Starbucks'd, and read the Sunday NY Times, then tried to re-route us, only to be informed that we'd be taking off shortly.

So across the aisle on the delayed and not-quite-full flight, there was a young mom with two very sweet girls. The mom was frazzled. For starters, she was traveling alone with the girls, one of whom had to use the restroom just as the flight was about to take off... a no-no in these post 9/11 days but this family was so...well, let's just say she made it, scooped up in mom's arms.

But the big story was the globe, a big talking globe in a great big box. Mom was trying to navigate the globe, navigate the children, put the globe away. A gift from an aunt...oh, I've been there with the way-too-big to travel with gifts. So mom tries to maneuver the globe into the overhead luggage bin. It does fit. She pushes and pushes and pushes some more, but the talking globe just doesn't fit and I wonder if she's going to break the airplane. It doesn't fit under the seat. She asks the people in the row in front of us if the talking globe can have the empty seat between them. The globe gets buckled in, with it's tray table in the upright and locked position. The flight attendant starts to scold the people sitting next to the globe, who look at her a bit cluelessly, and ultimately, just this once, the talking globe is permitted to have it's own seat, just as the little girl is permitted to use the restroom facilities. Mom borrows a pen from my husband. Twice. She mentions that she's going to Vermont and that she hasn't driven a car in twenty years-- I don't know the details, just that we'll be landing in a blizzard. Mom borrows my husband's cell phone just as we land.

Okay, it would be nice to say I didn't laugh out loud, but as I watched her try to get that talking globe gift from the aunt into different overhead luggage compartments.....

May your holidays be peaceful and filled with joy. May your gifts all fit in your bags. May you enjoy the company of fine friends and fine food.
Posted by Dinah on Monday, December 29, 2008

Email ThisBlogThis!Share to TwitterShare to FacebookShare to Pinterest
Labels: holiday

Been there. This post made me shudder with memories.

I'm sitting here Starbucksing myself (great new verb by the way, Dinah... I may just have to steal it for personal and professional use), and bursting out laughing at the mental image. I'm sure it wasn't funny at the time, but hindsight...

Enjoy your vacation and time with your family. Happy new year to the Shrink Rappers *and shrink wrappers*!

Rach: it was funny at the time.
FD: it only gets worse.

Write about the sliding fees. I have practice questions about that. I'd like to hear anyone's thoughts.

WISHING YOU A VERY HAPPY AND PROSPEROUS YEAR 2009.