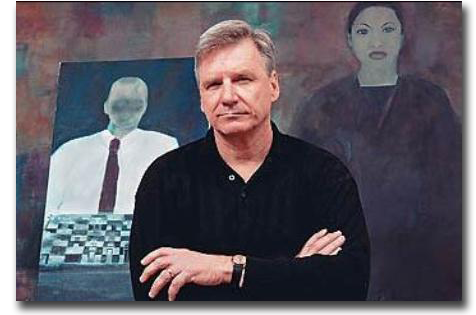 Lots of good stuff on Pete Earley's blog lately.  He has a blog post up today with a video of hours of Congressional testimony on the topic of "Where have all the patients gone, examining the psychiatric bed shortage. This will be taking up some of my free time over the next days as I plan to listen to it all. There's also a video of the talk Virginia Senator Creigh Deeds gave at the National Press Club about access to care and his tragedy with his son.

Pete was also kind enough to put up a post for me.  I'm interested in talking to families for my book, and I asked my colleagues who are active with NAMI if any of the NAMI families might be willing to chat with me.  Pete's post resulted in calls from all over the country.  I heard from several parents with children who have been terribly ill, in and out of hospitals and jails,  stories filled with heartache.  One woman spoke at length about her son who has been ill for decades, and then mentioned that she'd also committed her daughter for a post-partum psychosis.  She thought the daughter was still angry about it, but when she told the daughter she was going to talk to me about committing others, the daughter said, "I hope she's in favor of it," and this was the first she realized that the daughter was glad she'd been forced to get treatment.  The son is still struggling, the daughter is doing well, working and raising her children.  One woman called to tell me her distress about being committed, and as we talked for a while, I told her I didn't think she'd actually been committed as there had not been any court hearing.  By the time we hung up, she told me she felt better and maybe it was time to let go of some of her anger.  Another woman who was distressed about having been hospitalized was upset because she felt the doctors should have been more aggressive about looking for physical reasons for her psychosis, and they missed her exposure to toxic occupational chemicals.  One woman told me of her child's struggles with illness and treatment, and about how helpful Assisted Outpatient Treatment had been in keeping her well.  At some point the patient had come to realize how much better she felt without her delusions and hallucinations and now she gets treatment willingly.  Finally, a man called to tell me about his struggles with schizophrenia.  He was hospitalized once decades ago, has never missed a dose of medication, and has been able to enjoy a full life, but his brother, who also has schizophrenia has resisted treatment and has been in and out of the hospital (he guessed 40 times), jail, and has lived on the streets, and never able to work.

It's been helpful to me to hear these stories, they add to what I know from my own experiences, and to the stories that our readers have been writing in our comment sections for years.  I'll ask that if your story is different than those I described, that you respect  that someone else might have had a different experience than yours and that you not write in to criticize or question the story that someone else relayed.  I only spoke to these people for a little while, so I don't know every nuance of their care,  but what I do know is that some people found involuntary treatment to be helpful for themselves or their family members, and some did not.

Dinah, not to sound like a broken record but have you considered contacting this guy, since he has worked as an inpatient therapist? He is against involuntary commitment but definitely understands the dilemma that families are in with loved ones who have difficulties.

Here are the comments that he has posted:

AA -- thank you, I may. I have definitely been using information mentioned in by commenters.

CatLover-- I have your comment and I'm leaving it out of this particular post. I put on moderation because I didn't want any personal attacks directed at the people who were kind enough to share their stories with me. That said, I do think you have some valid points, so I'm holding on to your comment and I will put up a post about the topic you discussed and place the comment there. No hard feelings, I just want a better place for it.

I had hoped I put enough qualifiers on what I said that people wouldn't necessarily take it personally, but thanks for holding it. The entire area you are investigating is very inflammatory.

i'm glad you are talking to a wide variety of people with a wide variety of experiences. and i'm always glad to hear that some people are doing better. i'm in favor of effective treatment, treatment that helps people live full lives...

my quick take-- for many reasons, i think it is absolutely unethical to ever force anyone to take medication. i see the grayer area for forced hospitalization, but am still mainly opposed. one issue that i hope you discuss is how hard it is to willingly seek psychiatric hospitalization. when i was eighteen, i felt suicidal. i tried to go to a psychiatric hospital. i told the admitting doctor that i was feeling like cutting and feeling suicidal. he asked, "what do you want me to do, tie your hands behind your back?" i was shocked. i was a kid. i'd gotten help in a hospital before, from people who seemed to care. i thought maybe i could get help again and not feel so awful. i was furious too, and when i got back to my dorm room that evening, i took like ninety or so pills of various kinds- effexor, naltrexone, claritin (i think??) and something else. i spent a couple of days in the icu before being transferred to a nearby psychiatric hospital (against my will at this point... i felt more hopeless than ever). and i had learned a lesson.

after five years of doing really really well, i became very depressed again. when i felt truly awful one day after church, i just went ahead and overdosed, figuring that way, i could try to get some help, and if i didn't feel better, i could kill myself later. 120 pills later i was back in the hospital.

Not a Doctor said...

Why does someone feel they have to damage their body in order to get help? Is mental healthcare, or for that matter, society, that far gone?