Should Medical Records be Released to the Public Online? 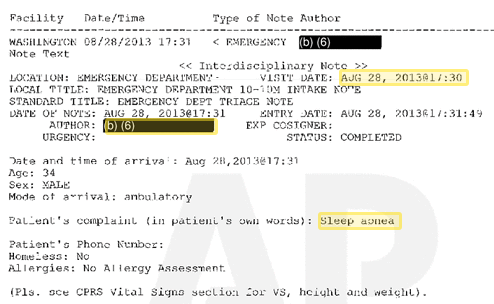 With the adoption of electronic medical records and the advent of CRISP, Maryland's centralized collection of health information (it's an opt-out, if you haven't, you're in it, and if you opt out, they still get your info, they just don't release it), I'm coming to accept that there is no medical privacy.  Before you get distressed, the system does not include physician notes -- it's tests per the labs, medications per the pharmacies, radiology reports, and perhaps hospital discharge notes.  I'm  not aware of any psychiatrists who are feeding information into the system, but if you're in Maryland and you're filling a prescription for a psychotropic, or getting a lithium level done, it goes into the system.  Most doctors still can't access it, and the Emergency Rooms says the information is invaluable,  in situations where people don't know what medications they take or what tests they've had, the information can be lifesaving.  I, personally, wish that the system included patient consent, and some type of first-visit access grant, such as a ATM card with a PIN number, so that patients could be certain that only the people treating them have access to their records.  Among the thousands of authorized users, misuse of the information is limited only by the honor system, and the fear of repercussions if caught.

With that as a prelude, The VA has posted the medical records of the Navy Yard Shooter on line, with the names of the doctors redacted.  The VA or AP did not feel inspired to redact the shooter/patient's name in the statement that was made in their release statement, but I have redacted it for our blog in abiding by our Shrink Rap policy to not use the names of mass murderers for fear that the publicity they receive creates a reason to commit such atrocities.

"The Veterans Affairs Department agreed that the public interest in the mass killing outweighed [the Navy Shooters’] privacy rights in keeping his treatment records secret after his death."

The shooter is dead, his actions destroyed the lives of many, the tragedy is obvious. But is "public interest" (meaning 'curiosity')  a reason to reason to forgo the usual ethical requirements established by the AMA  before scanning someone's medical/psychiatric records onto a public website and releasing them to the Associated Press? What do you think? Perhaps the public has a right to know, but perhaps a summary? Where is the precise line for public interest versus personal health privacy?  What other lines might be drawn?
Posted by Dinah on Saturday, February 01, 2014

Records showed he convinced doctors he was medically stable. Without going into generalizations of all records, this helps show that doctors are not the solution to the problem of disturbed people with guns, but rather that the guns are the problem.

I don't think that is how it will be interpreted and don't let poor chinchilla hold his breath while the gun rights folks say "Aha, you're right!."

It may clear the VA docs of any culpability, but does that warrant putting someone's medical records online and giving copies to the press?

Maybe Chris Christie told one of his docs that he did or didn't know about the Bridge traffic scandal. I'm curious, so shouldn't his medical records be scanned to an online cloud so I can satisfy my curiosity?

Do you have a link to the actual medical records and the VA statement?

at the end of that article there is a link to some of the records, I don't think all. You have to be the press to get those.

Jesse, they are presenting it as Doctors missed his symptoms, dismissed them, or he successfully lied.

I had no idea docs could release medical records just because of public curiosity :/ Weird.

Whose records do I wanna see...I got it. All of the people in charge of putting DSM5 together! We want to make sure they are all mentally sound. Make sure no one is a psychopath. Otherwise, that would be a conflict of interest, right? They might have pushed to have a more favorable image of their own mental hang ups in the DSM.

Actually, it wasn't the docs releasing the records to the public. It was the Navy. And they would have gotten them as part of a death investigation or internal quality control mechanism.

In our state, there are numerous exceptions to confidentiality, among them:

--with a patient's written consent
--upon receipt of a valid court order or subpoena
--in emergency situations
--when a patient is dangerous
--in cases of child abuse
--during civil commitment proceedings
--when the clinician is under investigation for fraud, abuse, or other criminal activity
--when the patient puts his mental state at issue in a civil or criminal case
--during hospital review, for quality control
--when billing for payment, with patient's written consent
--in case of an HIV-positive patient's high risk behavior
--when the patient is incarcerated in an adult or juvenile correctional facility
--when an involuntary patient elopes from a hospital
--if an interested party files a missing persons report on a patient
--if a patient is being served legal notice (process servers)
--as part of a death investigation (release to medical examiner)

The question here is how and why did this information get released to the general public? Yes, I know, FOIA by the media but then why is it we aren't reading the medical records of dead celebrities? (I'm not suggesting we should.)

I care a great deal about my medical records while alive. When I am dead, not at all.

I would have no answers for my patient. I would be embarrassed and it would ruin my small business. http://www.forbes.com/sites/kashmirhill/2013/10/24/practice-fusion-reviews-whoops/

Forgive me, because the CRISP portal is a little obscure....

Are admissions and discharge records in there? Going back how long? How can the patient himself currently get them? (I can't tell from the portal how patients would sign up, but surely they might want to...).

Would a patient who actually opened their insurer's privacy notices have known this? What if they are uninsured? Because surely it might be difficult for a compromised patient to discover that there was anything to opt out from.

Just one more reason to avoid any sort of voluntary admission or ER trip. I guess that frees up bed space.