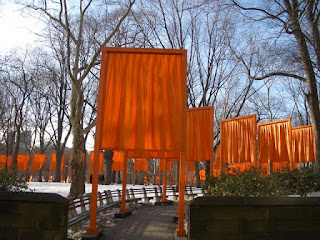 Remember a few years back when I was posting parts of a novel I was working on?  If you don't, that's fine, it was a long time ago. And then I got side tracked writing Shrink Rap and blogging and pod casting and blogging some more.


Recently, I've started working on Double Billing again, and I got some feedback from a professional on what would make it more marketable.  I've tried to incorporate those suggestions, and part of this involved re-working the story in third person, rather than as a first person narrative.


If you enjoy fiction, I'd love to get your thoughts on the first couple of chapters, before I once again think about searching for an agent, or maybe kindle e-publishing this.  Oh, please beware, there's no erotica or sadomasochism, if you're a 50 Shades fan, it may be a bit dry.   If you're up for reading, click HERE.  And Thank You!
Posted by Dinah on Friday, June 08, 2012

Don't worry, Dinah. A bunch of us here have manic or hypomanic episodes this time of year. You're lucky to have made it 5 years between episodes.

Emily Weitz is the the protagonist's maiden name.

I haven't started reading it yet, but having published poetry, short stories and have written 3 unpublished novels as an adult and I have to say that you continue to impress me with your bravery/ authenticity/ and straightforwardness. I can't wait to read it.

Sideways: thank you for using such nice words, given my inability (to date, I remain strangely optimistic) to have my fiction-writing endeavor succeed, I think of it more as something like "A waste of time...."
If you have 3 unpublished novels, you are likely my missing identical twin and hopefully one day will stumble upon each other in a diner.

Not sure how to ask this, Dinah, but is your intended audience adults or adolescents?

I am interested in the premise of the story. I would suggest not describing every thing to such detail. This is a personal preference for sure, but I hate wading through a lot of descriptive text that is too specific. It becomes more analytic which becomes a problem if the story is going to be about the emotional relationships between people in a non-genre setting (world building is a component of sci-fi and fantasy, but not non-genre fiction).

For example, when Emma goes to see the Gates, you are giving specific measurements and then she's wondering "what is art?". I would have liked to see her follow that thought through. It would make her a richer character.

I look forward to further installments!

Intended audience is adults, but if adolescents want to read it, that's okay by me!

Anon-- interesting thoughts. Should I get rid of the numbers of details about the Gates? Hmmm, although if you didn't see them, without those details, you wouldn't get the scope of the event, though it is mostly extraneous to the story. I had wondered if I should take out her thoughts about "is it art?"...

I thought the writing was stilted and the plot (thus far) seemed weak. It seems more a story geared towards adolescents then an adult audience. Neither the characters nor the idea (not particularly original) caught my interest enough to buy the book, if say, I was glancing through it in a bookstore. But, writing can be cleaned up, and plots can be improved.....

I enjoy fiction, so I decided to give it a read. About the world building comment, that is true...but world building can also be used in regular novels. For instance, Virgina Woolf's Mrs. Dalloway. She gives five hundred million details about her surroundings. She's in a whirl and describes it as "O what a lark! O what a plunge!" Haven't read it in a while, but remember it being very descriptive...and it was about an ordinary British woman, middleaged, who throws a party and it's not even a very good party. World building has to be done skillfully.

So what's the goal? With Dan Brown, he was criticized for writing books that were just a series of cliffhangers. But it worked. People like cliffhangers. Are you building a world or universe? Like how Game of Thrones has all kinds of descriptions.

What are you building with this novel? Dan had cliffhangers with Davinci Code. Game of Thrones has an epic world. What's going to be your book's special thing?

You know, I think world building could be good for the Emily Glassman character. She has a specific world (she's a shrink). And you could build that world. Kind of like how Memoirs of a Geisha and historical novels build worlds to show us what something was or is actually like. I think you could build a world around her, with all kinds of specific things, and interesting bits that people don't get to see in a shrink's world.

Jane - Hmmm...I guess when I refer to world-building, I'm thinking of books that are creating a world that I would not have reference to in this world.

And although it's been a long time for me as well and Mrs. Dalloway, I think the structure of the novel, going from one characters thoughts to the next allowed for that very descriptive text. I think about that for Henry Miller who used a different device (stream of consciousness), but would end up describing the hells out of everything.

Again, this is probably just personal preference, but I find Woolf a lot warmer and more intimate with her descriptions than how it is used in Double Billing.

Dinah - I get wanting to give scale to the Gates. This has always been my favorite write-up because of the killer last line. And I personally would love for you to keep the "what is art", but maybe expand it.

I'm going to give my self a moniker so, I'm not just random anon. I like this discussion!

I'm so pleased to be compared to Virginia Woolf, though I'm hoping for a less tormented life, even if it means I end up less famous. But she is a high ideal to be compared to (even if I don't measure up) in novelist terms.

Being inside art sounds nice. It was how I felt at The Gates.