The Politics of Disease 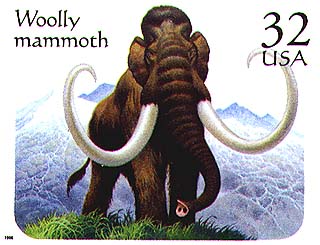 In the late 1990's some watermen working on the Eastern Shore of Maryland came down with unusual psychiatric symptoms: sudden onset of disorientation, memory loss and inability to retain new information. The rapid emergence of these unusual cases was associated with an algae bloom which also killed off lots of fish. The organism that caused the problem, Pfiesteria piscicida, is an interesting little creature---officially known as a dinoflagellate (which to me sounds like a sexual disorder involving masochistic mastodons)---that goes through multiple different physical forms throughout its lifespan. It secretes a fat and water-soluble neurotoxin that affects humans if exposed in large quantities.

The toxic algae story garnered a lot of media attention and drew in marine biologists, medical researchers and neuropsychologists from Maryland, Virginia and the CDC. Some of the 22 original cases showed demonstrable severe memory deficits on testing that eventually resolved after about seven to ten days. The state of Virginia funded a team of researchers to conduct medical and psychological testing on affected individuals in that state and a special hotline was set up specifically to provide information to the public and to identify potential human exposures. Eventually a name was given to the disorder: possible estuary-associated syndrome (PEAS). Investigators established preliminary criteria to diagose the disorder: Nearly 2000 people eventually responded to the Pfiesteria hotline. None of those who were examined were found to meet criteria for PEAS.

The algae bloom was attributed to nutrient run-off from shore-based businesses, specifically the large poultry farms that formed the basis of much of the Eastern Shore economy. Environmentalists rallied to the cause, and researchers found themselves caught up in the political cross-fire between environmentalists and the agribusiness industry. As one Pfiesteria expert stated:

"A problem is identified; scientists are asked by policy makers to present their best research on it; but then the policy makers disregard the science if it isn't politically expedient."

Now I come to the point of this post, which is the difficulty of discussing neutral, fact-laden evidence in a politically charged atmosphere. What got me thinking about this was the announcement from the National Institute of Health this week that there was no evidence to support the validity of a Gulf War Syndrome. I am expecting a fair amount of outrage from veteran's groups. I am concerned that politicians will bow to expedience and demand a new medical category where none exists. I have seen the PTSD diagnosis expand ad infinitum until the idea of a 'traumatic event' had no real limits.

The problem here, of course, is that human distress does not require a medical diagnosis to be valid. As Dinah pointed out in her last post "Behind Closed Doors" (conveniently relevant to my topic---we didn't plan this), we don't currently have a good schema for planning treatment for psychotherapy. If tens of millions of dollars are going to be spent to provide services to veterans, there must be a way of providing accountability and preventing abuse. The medical model is standard here. As the Pfiesteria story suggests, many people can believe they are diseased when in fact they are not. And giving someone a medical diagnosis can have huge implications so you better get it right. Dr. Fuller correctly suggested in her comment to Dinah's post that the medical model may not be relevant or applicable to psychotherapy, however it is presently the best---if not the only---form of accountability we have.
Posted by ClinkShrink on Wednesday, September 13, 2006

How to do research on the efficacy of psychotherapy has been a problem talked about at least since I was first in graduate school back in the late 60's. How to standardize interactions given that therapist demeanor and personality is a potent factor in the mix? The method is not applied in the same way not only between therapists but also between different patients of the same therapist. And then of course, we have a multiplicity of psychotherapies.

Back in those old days, one approach was to design a behavioral protocol for a particular kind of problem, train therapists to follow that protocol like a script and see what happened. But that is too far removed from real world therapy so it has not proven to be very useful.

Add to this complicated mix the fact that funding sources are scarce for this kind of research and we come to where we are today.

Consumer Reports did a survey several years ago on patients' experiences in psychotherapy. They found that patients who were in therapy for a year or more reported the most improvement. But of course, that survey relied on patient report, and there is great suspicion in behavioral circles about the reliability of self-report.

Susan Vaughan, a psychiatrist, wrote a book, The Talking Cure(2002), looking at the research supporting psychodynamic therapy. It is well worth reading as it offers some intriguing avenues for further research.

The NIH pronounement contradicts my case experience, which I would be happy to share. It would be nice to have a link to their pronouncement and data. The pronouncements of Popes (Vatican or NIH) is, of course, indisputably worthwhile for political purposes. As to the problem of the diagnosis of PTSD, it is precisely the premature decision about diagnosis which stops with the diagnosticians subjective reflection on the trauma that makes the diagnosis so problematic. The example of using the CAPS (clinician administered PTSD scale) really leads one to a potential lyricism of discovery about a patient which is like, for most of us, trying to recreate music without knowing notes.

Here is the link to the first page of the report (you can flip thru the pages using the links at the bottom). It comes from the Institute of Medicine.

Clink, you have tapped into my jaded, distrustful forensic mindset: 1) a prevalence of self-reported symptoms that indicate "conditions" (e.g. fibromyalgia, CFS, MCS) that themselves are controversial, if only for the "lack of objective diagnostic criteria,"; AND 2) benefits, both monetary and healthcare, as the result of harm tied to an indentifiable entity (the military), but with no identifiable cause. You know what I'm thinking.

Foo, I had you partly in the back of my mind while writing that post for exactly that reason. Another thing I was thinking about is that perhaps we have started a subtle and insidious undermining process with regard to our military personnel. Have we, by our emphasis on the psychologically destructive aspects of military service, created a pre-deployment mindset that predisposes servicemen and women to psychological disability? Are they being sent away with the expectation that they will be injured, and so a certain percentage of them are?

clinkshrink said "Are they being sent away with the expectation that they will be injured, and so a certain percentage of them are?"

To some extent. Adding a variable to a complex system makes changes which are not easily quantifiable, but changes none the less.

I still think a good bit of attribute charting would solve more problems than all the psych studies in the world.

I just wanted to let you know, Clink, that I love the pic of the Woolley Mammoth.

The IOM report is sober. It says that neurocognitive deficits, determined by testing, are more common in deployed veterans, also CFS, and GI and joint complaints though amidst higher symptom reporting in general, it's hard to know quite what to make of the ROS complaints. Given this, there is no (singular, identified) Gulf War Syndrome. That's how I read it briefly. Thanks for the link.