Shrink Notes: what does your doc think of you? 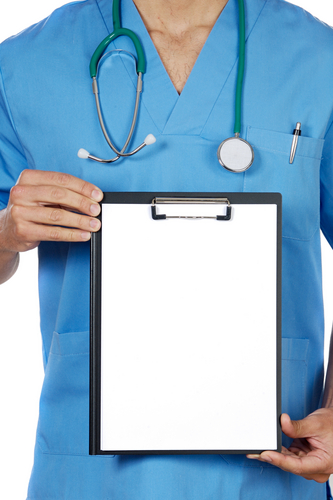 I've written before about shrink notes back in 2011.  See Here and Here.
With the increasing transparency we're seeing with electronic records, there are now systems that allow patients to access their doctor's notes.  The first time one of my patients did this, he casually mentioned that the record included the wrong dose of a medication, and I suggested my patient might want to tell his doctor about this.

In psychiatry, we've been a bit touchy about this.  Patients might be distressed to see what we write about them, they may see some of the terms we use to describe them (like delusional?) as being negative.

The New York Times has an article discussing a pilot study in Boston to give patients electronic access to their therapists' notes.  In What the therapist thinks of you, Jan Hoffman writes:


The pilot project has raised questions in the mental health community. Which patients will benefit and which might be harmed? How will the notes alter a therapeutic relationship built on face-to-face exchanges? What will be the impact on confidentiality and privacy?
And the project presents difficult choices for those who argue for parity between medical and mental health patients. Should patients with schizophrenia, for example, who may stop taking their medication after reading that they are doing well, have the same access to treatment notes as those with irritable bowel syndrome?
But the lingering underlying question is, do patients really want to know what their therapists think? Dr. Kenneth Duckworth, who is the medical director of the National Alliance on Mental Illness, an advocacy group, said: “I’ve offered to share my notes with patients and they’ll say, ‘No, I’m good.’ But it’s a good concept that should be researched.”

The article goes on to describe the content of some therapist's notes and the impact it has on patients to read it:

He clicked open another therapy note.
Mr. Baldwin “is continuing to try to push himself to get out more and to be more socially connected even while his emotions tell him to do the opposite,” Mr. O’Neill wrote, adding that his patient is “clearly making good, and even courageous, efforts on a number of fronts.”
Mr. Baldwin, who celebrated his birthday recently with a museum lecture, movie and dinner, flushed with pride.

Hmm, I thought.  These are the type of interpretations I made aloud to the patients, they aren't the stuff of my notes, and if they were, I'd be living in the office trying to write accurate process notes of sessions.  A lot goes on in a session, and notes of this type could be very long.  I'd be hard pressed to feel I could prove that someone's emotions were telling them not to be socially connected and to stay inside -- what does that even mean?  Oh, truth be told, I write really boring notes.  In 20+ years no patient has ever asked to read their notes, and if they did, they'd find it a really boring read.

I'd love you're input, but comments are still off while the blog settles down.